Team Illinois and Team North Carolina Lead After Day One

A recap of day one at the 2022 National Car Rental PGA Jr. League Championship
Happenings
October 7, 2022 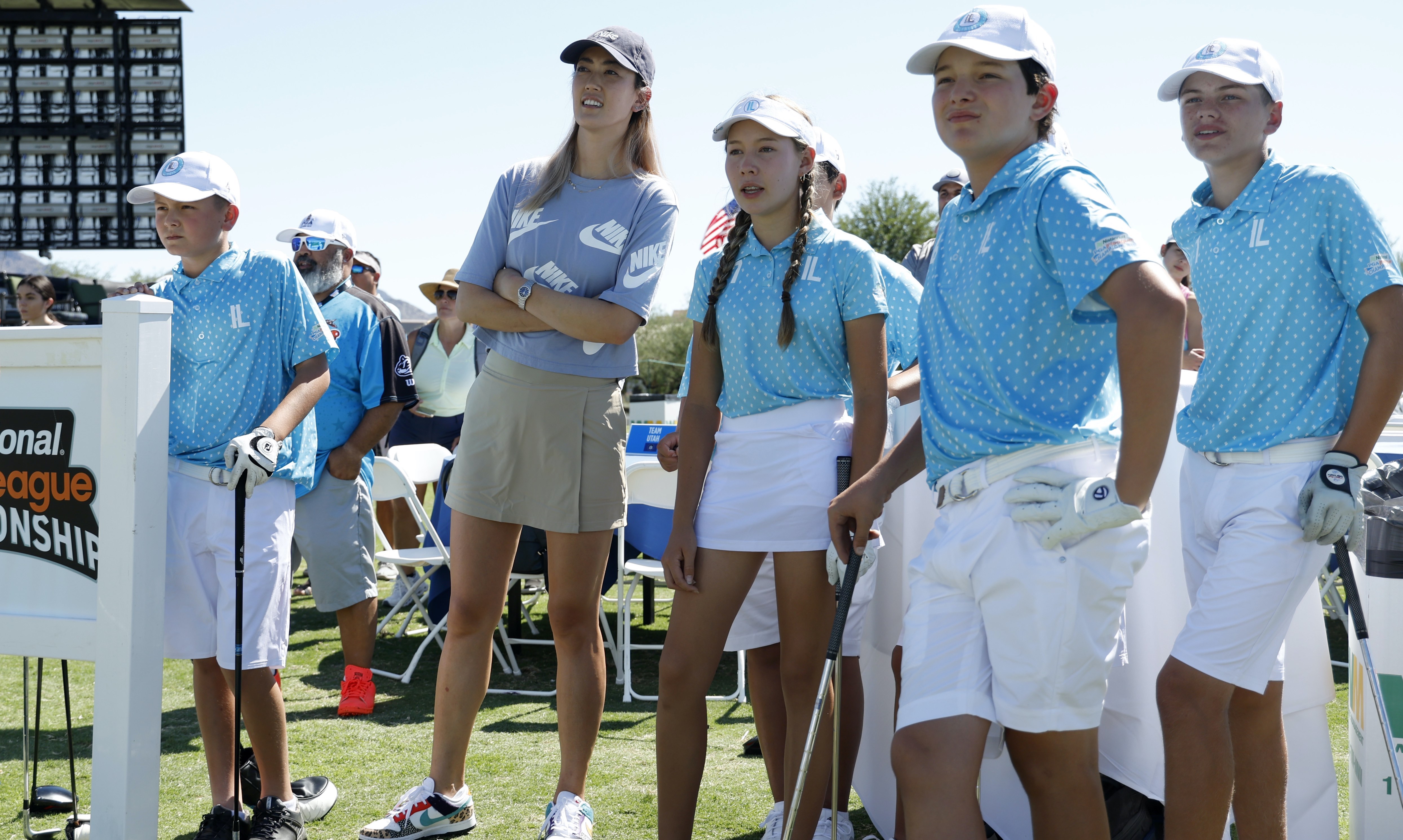 Team Illinois and Team North Carolina Lead the Pack at 25-Under Par After Day One at 2022 National Car Rental PGA Jr. League Championship

At a blazing 25-under par, Team Illinois (Lemont) and Team North Carolina (Charlotte) are tied at the top of the leaderboard after Friday’s opening round of the 2022 National Car Rental PGA Jr. League Championship.

Twelve teams are battling for the national title at Scottsdale’s picturesque Grayhawk Golf Club, which has hosted the event since 2016. Live coverage on ESPN’s family of networks began today, with coverage continuing through Sunday.

The first two days are played in a team aggregate, stroke-play scramble, with Sunday’s semifinals and Championship matches conducted in a modified match-play format.

2015 and 2018 Champion Team California (Encinitas) ended the day one shot off the pace at 24-under-par. Sitting three shots back at 21-under par is Team Florida (Orlando), with 2021 Champion Team Utah (Lehi) in 5th place at 20-under par.

Utah has enjoyed the company of PGA Tour and U.S. Ryder Cup star Tony Finau, whose son, 10-year-old Jraice, and cousin Jordan Ofahengaue, 12, are playing on the team.

Patel, who recently qualified for the Drive, Chip & Putt National Finals at Augusta National Golf Club, was relieved to rely on a teammate.

“I’m not as nervous because I have a partner here,” said Patel. “If I hit a bad one, he usually hits a good one.”

Representing Cog Hill Golf & Country Club, Team Illinois’ lights-out performance may have been broadcast for the entire nation to see, but first place was news to Coach Kevin Weeks, PGA.

“Where are we? I haven’t even looked at the scoreboard yet,” said Weeks when asked about his team’s standing.

“They stuck with the process, and not one time asked me if anyone else was playing good or where they stood,” he continued. “It’s a fun group. They work hard, they enjoy themselves, they enjoy each other, and it feels good. If we’re on top, I’m proud of them and the job they did to get there.”

Similarly, Team North Carolina Assistant Coach Mike Abate, PGA, noted his team’s performance started to pick up in the second half of the day.

“We got off to a slow start, but once they started to trust their swings, seeing a couple putts roll in, it came back to them naturally,” said Abate. “It's what we have been doing all year long… proud of our team, and we will take that number today.”

North Carolina teammates Grayson Baucom, 12, from Hickory, and Graden Lomax, 13, from China Grove, finished at eight-under par for the day.

“We turned it around on the back nine,” said Lomax. “We started off really hot. We made two pars on some tough holes, and then we finished with five birdies… we kept it going and finished strong.”

Thanks in part to an impressive 12 birdies on the scorecard of 13-year-old playing partners Anna Fang, from San Diego, and Kaden Chang, from Carlsbad, Team California also had a strong showing.

Fang is no stranger to the national stage, having competed in the 2022 U.S. Women’s Amateur at Chambers Bay Golf Club, where she qualified for match play and won her first match.

Despite getting off to a flying start, Fang had some opening-day butterflies on Friday.

“Oh, it was pretty nerve-racking,” Fang said. “We really needed to play well for the team. I think Kaden and I were pretty even today. We both played solid golf.”

Yet, even with the National Car Rental PGA Jr. League title on the line this weekend, the teams still will find a way to unwind.

“We will do a little work—very little—and then I’ll send them to the pool,” said Weeks. “Let them go have fun. Have a milkshake and hit the pool. This is PGA Jr. League; it is a competition, but it also should be about having fun and enjoying themselves.”

That's the way it rolls at the happiest major in golf.

The second day of competition begins tomorrow at 7:30 a.m. MT, with the final group teeing off at 9:20 a.m. MT. For groups and starting times, click here.

The top four teams following Saturday’s competition will advance to the Semifinals on Sunday morning for the right to play in the Championship Match on Sunday afternoon. The two teams that do not make the Finals will play in the 3rd place match.

A STELLAR DISPLAY OF SKILL…

‍The Championship kicked off with the Skills Challenge Thursday (Oct. 6), during which players rotated through fun stations involving both golf and non-golf activities. Winners included:

WITH A SURPRISE PANEL OF STARS

EXPLORING A FUTURE IN GOLF

Tomorrow (Saturday, Oct. 8), from 10:00 a.m. - 1:30 p.m., high school and college-aged attendees will experience an inside look at the various career opportunities within the golf industry. Attendees will be taken on a personalized tour of the event and have an opportunity to meet key individuals involved in the Championship along the way.