A story of two PGA Jr. League alumni who are thriving competitively and dedicated to giving back to their PGA Coach
Spotlight
March 16, 2022 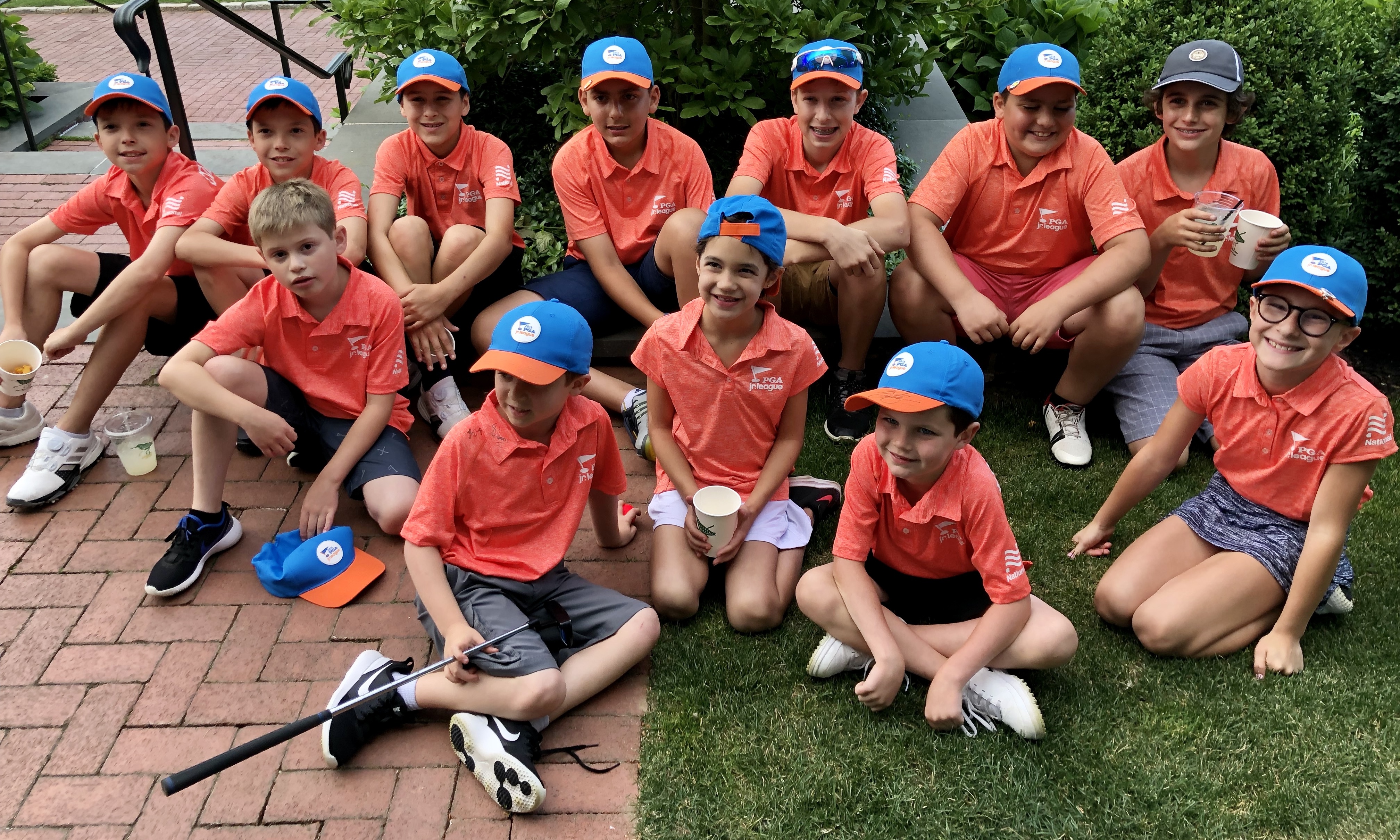 PGA Coach Jane Sirmons might not have intended to create a legacy through her PGA Jr. League program at Cold Spring Country Club on Long Island when she formed her first team back in 2016, but that’s exactly what she’s done.

Sirmons welcomes players as young as 6 years old, because she’s seen first-hand the benefits of mentorship between younger and older kids.

“It’s such a different experience for the kids,” Sirmons said. “It brings them together, and it breaks the age barrier. The 11- and 12-year-olds love the 6- and 7-year-olds. I highly recommend any PGA Professional have PGA Jr. League at their club.”

No one has made those mentorship benefits more apparent than former teammates Bryce Karty and CJ Merritt.
‍

Karty, now 14, has been a student of Sirmons’ since he was just 3 ½ years old, when his grandfather began bringing him to the club. He’s been given an honorary membership to Cold Spring through his PGA Jr. League participation and volunteer work.

Similarly, Merritt, 16, was introduced to the sport through his dad. When his family joined Cold Spring, he took lessons from Sirmons and PGA Jr. League was a natural next step.

Aside from being PGA Jr. League teammates from 2016-2018, the boys have a few things in common: Both are competitive golfers with hockey backgrounds. Both won their respective Men’s Club Championship in 2021. And both have a passion for giving back to younger golfers, having since returned to Jane’s programs as mentors and volunteer coaches for her current teams.

Merritt spent a half semester honing his game at the David Leadbetter Golf Academy outside of Orlando from January through May 2021, spending his days online schooling followed by training until dark. Not only did he make lifelong friends and get a taste of college-level independence; he returned to win the Cold Spring Country Club Men’s Club Championship in August.
‍

Sirmons then submitted Merritt for the 2021 PGA National Club Championship in Palm Springs, California, which brings together Amateur Club Champions from courses coast-to-coast to celebrate their accomplishment and the PGA Professionals who helped them achieve it.

“I didn’t go with many expectations,” said Merritt of his trip out west in December. “I was super cold, but something clicked. I hit the ball well, and I shot 76-72-75. I finished T20 out of about 130 players.”

Merritt––who aspires to major in environmental science––is now working with a recruiting guide to help him navigate his collegiate golf options. Meanwhile, he’s still returning with Karty to PGA Jr. League practices and games, giving back to the program that he says gave him some of his favorite memories.

“I try to help out whenever I can,” Merritt said. “If Jane needs me, I’m there. I was one of those kids at some point. There was another kid like me helping the younger me out. It’s so cool being in that role. It gives me a mindset of how far I’ve come.”

Karty, who Sirmons calls a natural talent, instantly loved the game from a young age. He recalls setting himself up in the chipping area and staying there all day. While he played his first individual tournament at 7 years old with Simrons at his side caddying, he credits her PGA Jr. League coaching for really getting him into tournament golf.

“You can try and hit a harder shot that you wouldn’t do in a [solo] tournament because it’s risky, because your partner has your back in PGA Jr. League,” said Karty. “You make friends on the team and get to know people. PGA Jr. League makes you want to come back for more golf.”

“I had the low round in the qualifier, so I got the No. 2 seed,” he said of his experience. “It was the most people that have watched me play golf, 60 people, so I was nervous. It was a 27-hole match play that went into five playoff holes.”

Plus, Karty is following up his win with a trip to Israel in July to compete in the renowned Maccabi Games––the largest organized, in-person Jewish teen sports experience––on the junior men’s golf team as one of its youngest players.

Still, like Merritt, his most rewarding experiences come from giving back to the team and the PGA Professional who helped get him where he is today.

“We come drive around and help them out like Jane did when I was younger,” Karty said of volunteering with the Cold Spring PGA Jr. League team. “It’s special. I always looked up to the older kids, and it was so cool to watch them. It’s fun to watch people you want to be like.”

You can hear the passion and pride in Sirmons voice when she talks about her PGA Jr. League alumni and their impact on future generations of golfers.

“They’re such great kids,” Sirmons beamed of Merritt and Karty. “The fact they’re staying on as mentors to these kids… they love the game, and they love sharing it. That’s such a big part of PGA Jr League: learning how to care about your fellow teammates.”
‍