Brayden’s mom, Megan Dugle, wanted nothing more than her son to enjoy and succeed in sports. Brayden is autistic, and with this comes difficulties socializing and communicating, as well as sensory issues.

“Baseball, basketball, soccer… you name it, we have tried it.”

It wasn’t long before golf came to mind. Megan had taken lessons at one point and thought private lessons would be a good place for Brayden to start, too. Turns out, he was a natural.

Not long after starting lessons, it was suggested that Brayden was ready to give PGA Jr. League a try. So, Megan reached out to Clear Creek Golf Course PGA Jr. League Captain Derrick “Coach Derrick” Griffitts, PGA, and explained their situation.

“We have dealt with bullying to the extreme at school, and Brayden always felt like he did not fit in. Derrick welcomed him with open arms, and so have the other kids. It says a lot about Derrick as a coach and the values he has instilled in his players,” she said.

Griffitts has worked with kids with Down syndrome, ADHD, and autism. Ultimately, he believes every child has different needs. For example, a child whose parents have athletic aspirations and expectations that go beyond his/her abilities, or one who is still trying to figure out if they are right- or left-handed.  Adding personal touches to his coaching makes a positive impact on his players.

“We absolutely try to cater to each kid on an individual level. And as a team, we strive to be welcoming to the challenges that each kid faces,” said Griffitts.

At the very first PGA Jr. League practice of the season, Griffitts assigns every player a nickname based on the first letter of his or her first name. They have an Even-Par Ethan, a Long-Putt Lilly… and a Birdie- Making Brayden.

“So instead of working to fit in, they are already in.”

And Brayden clearly felt that, too. When asked about his nickname, he said, “It helped me feel more comfortable and not so nervous on the first day.” 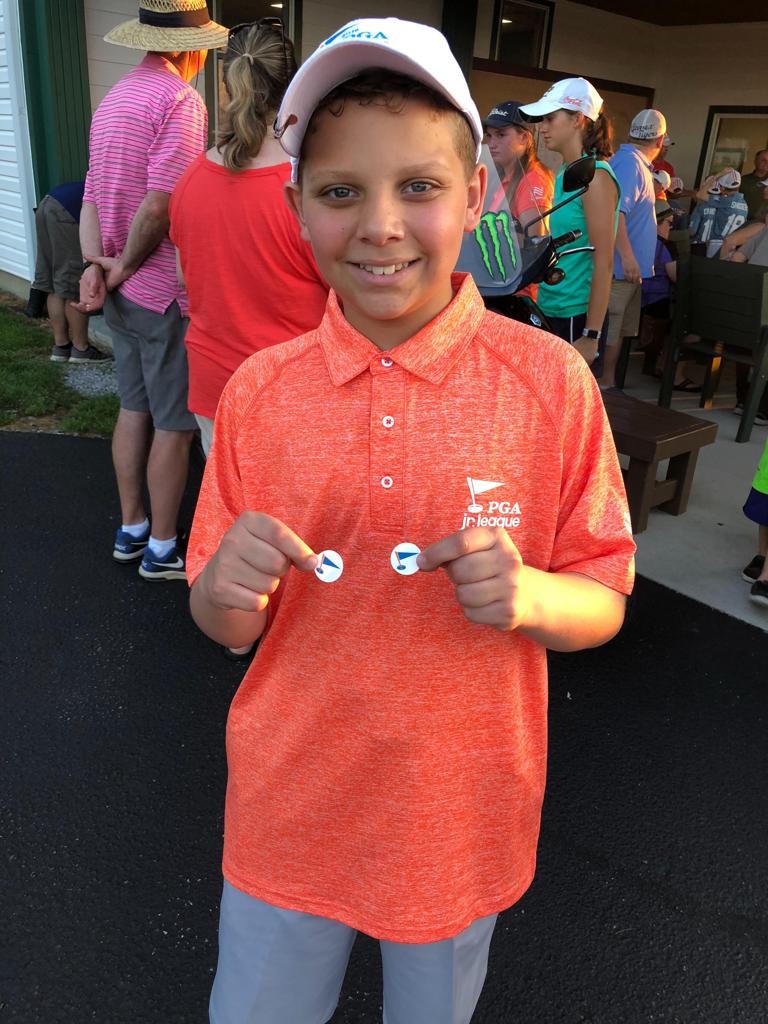 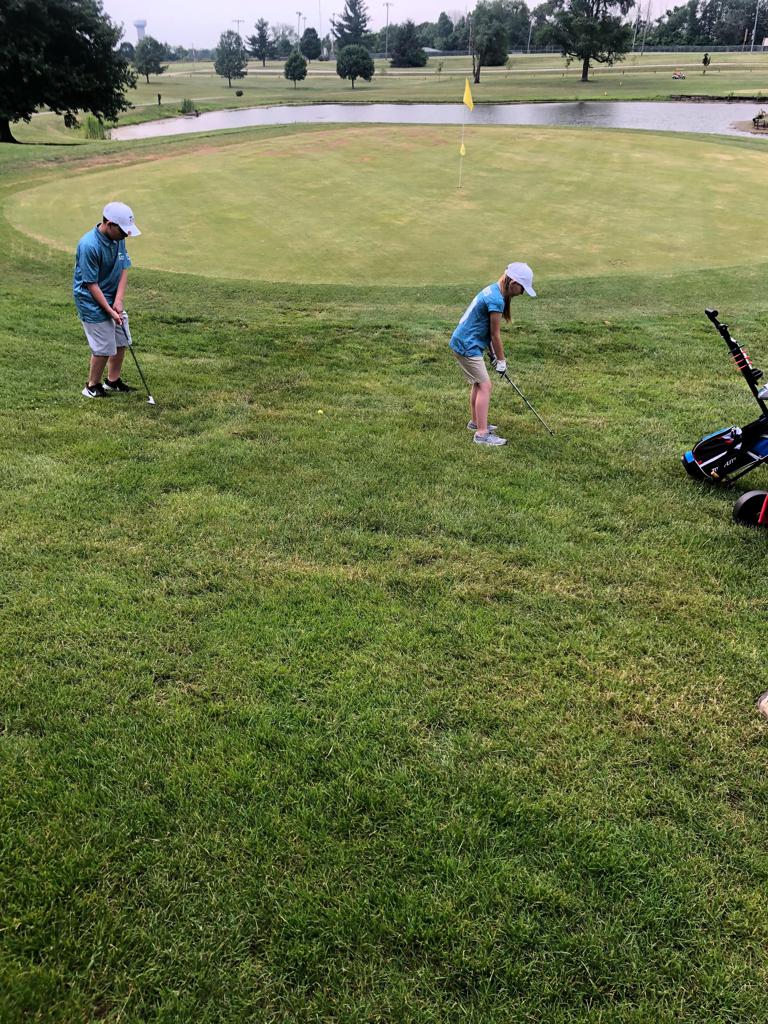 PGA Jr. League has been an outlet for Brayden to make friends and to gain a new level of self-confidence and independence. Not only has it helped improve his skills in golf, but it’s helping in his everyday life.

“We are creating lifelong golfers out of PGA Jr. League because they are easing into the game. It is a game first. We enjoy each other’s company and experiences, and only then do we start working on golf skills,” he commented.

Not only does Griffitts see how PGA Jr. League brings the kids closer together, but it also brings families together at the course.

“It’s fulfilling to see Brayden’s mom and little sister at every practice and match. They enjoy it, and it’s cool to see it. It’s another connection to the game they are making. Maybe mom will want to play, and little sister may decide she wants to play, too.”

For Brayden, that sense of community and belonging is powerful. While out on the course with his mom one Saturday, one of his teammates saw him, waved, and asked how his game was going. While that may sound like an ordinary interaction between two kids, it is little things like this that Megan knows boost her son’s confidence.

“PGA Jr. League has been an outlet for Brayden to make friends and to gain a new level of self-confidence and independence. Not only has it helped improve his skills in golf, but it’s helping in his everyday life,” she said.

Brayden added, “Coach Derrick always says that if you are better than you were yesterday, then you have already won. He has helped me to believe in myself and to have confidence, and he’s taught me to always have fun, show good sportsmanship, cheer for everyone, and have respect.”

And that’s what drives Brayden’s Captain, too. “I really enjoy knowing when we can share our passion and give access to golf for those who think they have no way in,” Griffitts said.

When asked what he’d like to say to Coach Derrick after the season ends, Brayden’s answer is evidence that Griffitts’ approach to the teaching and sharing his passion for golf is working.

Brayden’s father, Shelby County Sherriff’s Deputy Paul Dugle, was involved in a serious accident shortly after his son was born that resulted in a traumatic brain injury with lifelong complications, which makes it difficult to come to the course.

When Brayden registered for PGA Jr. League, Megan selected the number 34 for his jersey –– a happy surprise for Brayden, because it also happens to be his dad’s badge number.

“We just knew we were in the right place,” she said. 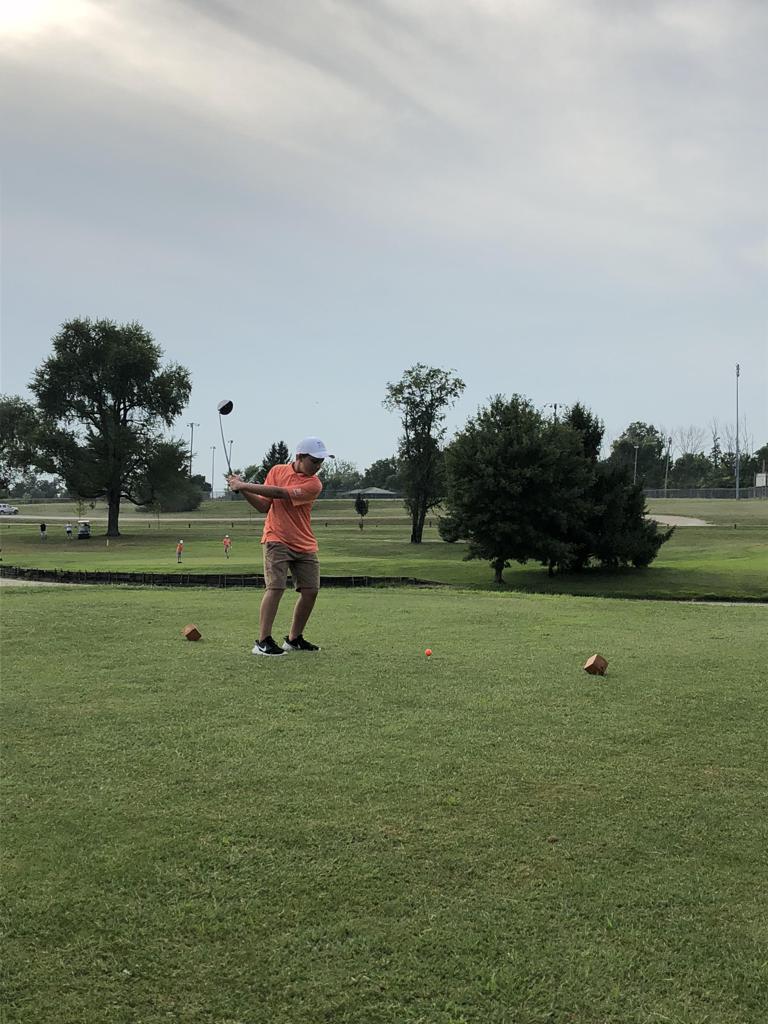 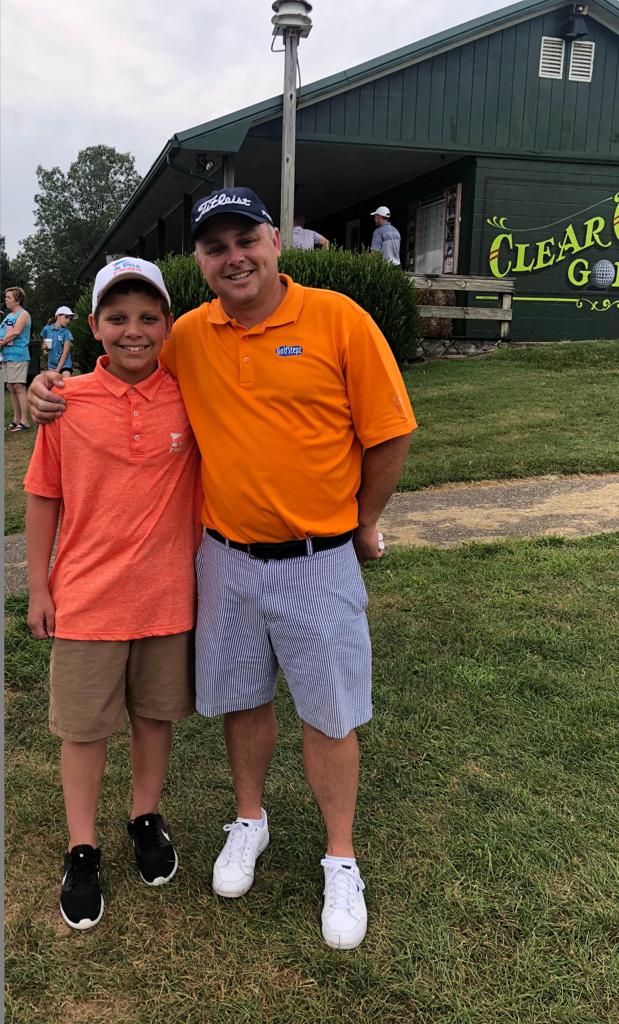 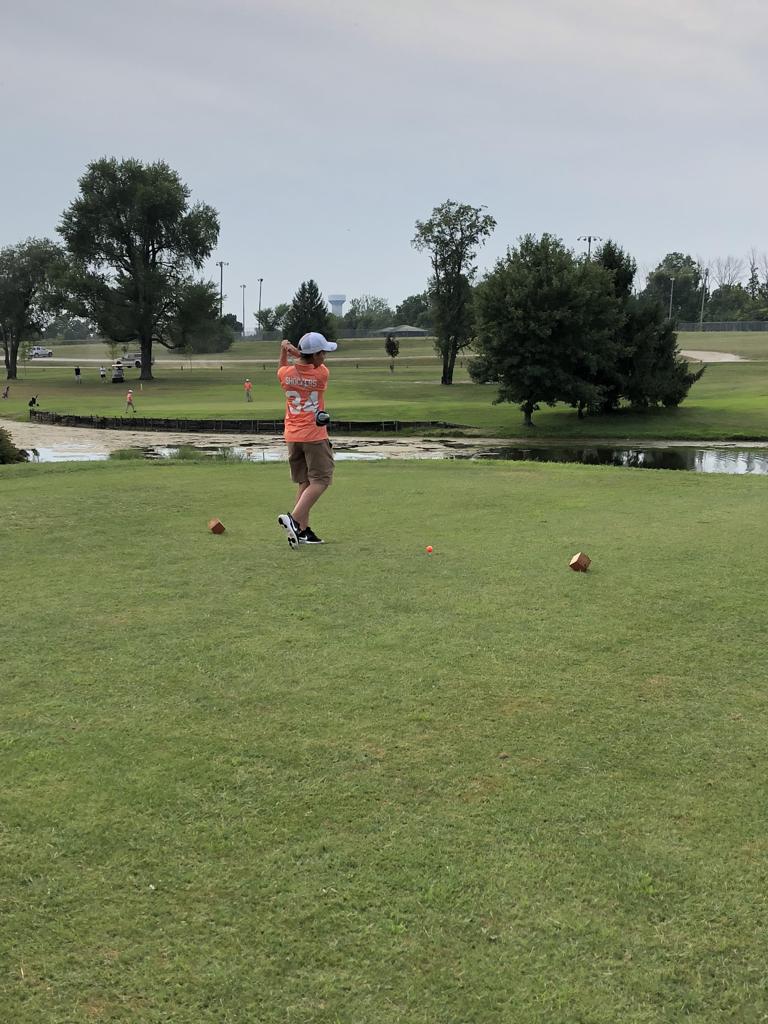