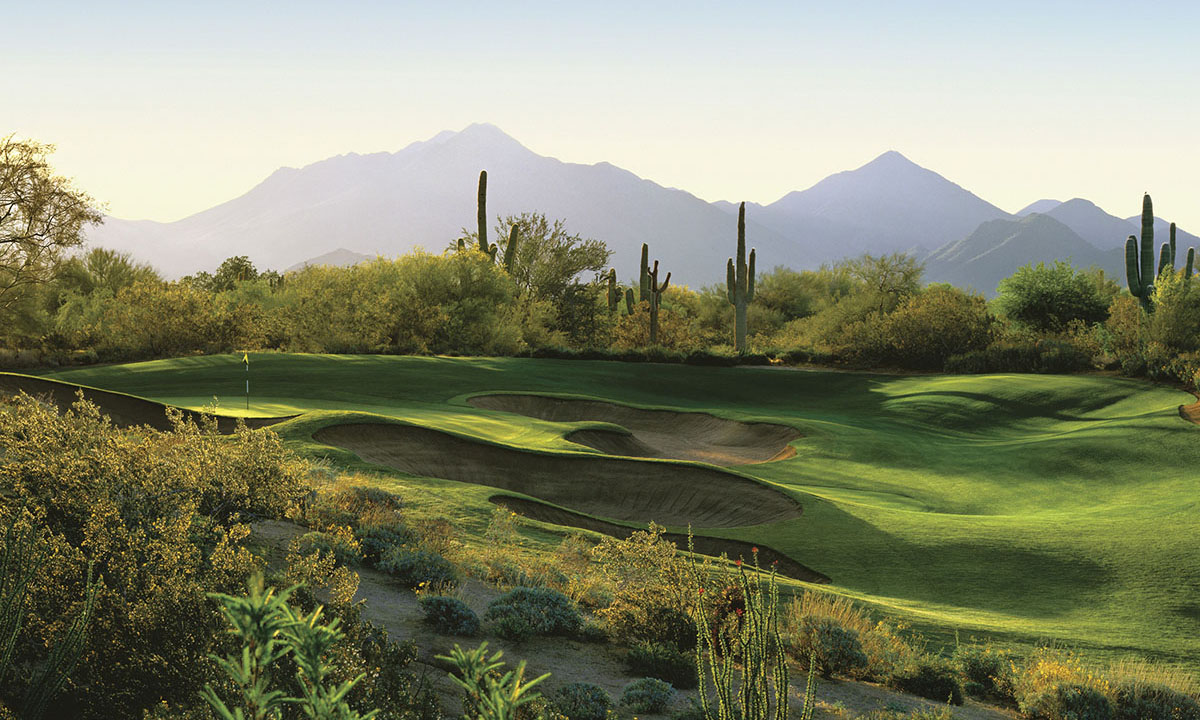 Hole #8 on the Raptor Course at Grayhawk Golf Club in Scottsdale, AZ

PALM BEACH GARDENS, Fla. (Apr. 22, 2016) – The 2016 and 2017 PGA Junior League Golf National Championships will be held at picturesque Grayhawk Golf Club in Scottsdale, Arizona. This year’s Championship will be played Nov. 19-21, on the Raptor course.

Eight PGA Junior League Golf Teams that advance out of the Regional competitions in September and October will contend for the title. The 10-player teams, matching East vs. West regions, will compete in a two-person-scramble format, with coaches allowed to substitute players every three holes, so that all team members can participate.

A key initiative of PGA REACH, the PGA of America’s charitable arm, PGA Junior League Golf is a fun, social and inclusive opportunity for boys and girls ages 13 and under to learn and enjoy the game. Kids play on teams with friends and wear numbered jerseys, learning golf with professional instruction and direction from PGA and LPGA Teaching Professionals.

“The PGA of America is delighted to bring the PGA Junior League Golf National Championship to the beautiful Southwest and Grayhawk Golf Club,” said PGA President Derek Sprague. “This is yet another example of how PGA Junior League Golf is furthering its mission to connect kids with the game in a fun and recreational environment.”

Grayhawk has been the site of the PGA Tour’s Frys.com Open, Andersen Consulting World Championship of Golf, Williams World Challenge (which benefited the Tiger Woods Foundation) and the Thunderbird International Junior. The Tom Fazio-designed Raptor course at Grayhawk offers a thrilling challenge that commands a player’s respect through a game of risk and reward. The par-72 course unfolds over the gentle hills and across shaded natural washes typical of this corner of the beautiful Sonoran Desert. Last Fall, Fazio collaborated with Dennis Wise on a redesign and relocation of Hole Nos. 15, 16 and 17.

“We’re honored to host the 2016 PGA Junior League Golf National Championship,” said Grayhawk Golf Club PGA Director of Golf Joe Shershenovich. “Growing the game of golf is a goal that we all share, and this program accomplishes that objective under the enthusiastic guidance of PGA Professionals with a wealth of knowledge and experience to pass on to the next generation of golfers. Grayhawk has a long history of hosting competitive tournaments at the highest level of play. When they compete here in November, we look forward to providing each team with the same prestigious experience that the world’s best receive.”

In PGA Junior League Golf, kids play regular-season games from April to July. They then assemble into 10-player, all-star teams that compete in sub-regionals for a chance to earn a spot at one of eight regionals. In 2015, Team California captured the Championship in a scintillating playoff over Team Georgia.

To search and find a team near you, please visit PGAJLG.com/register