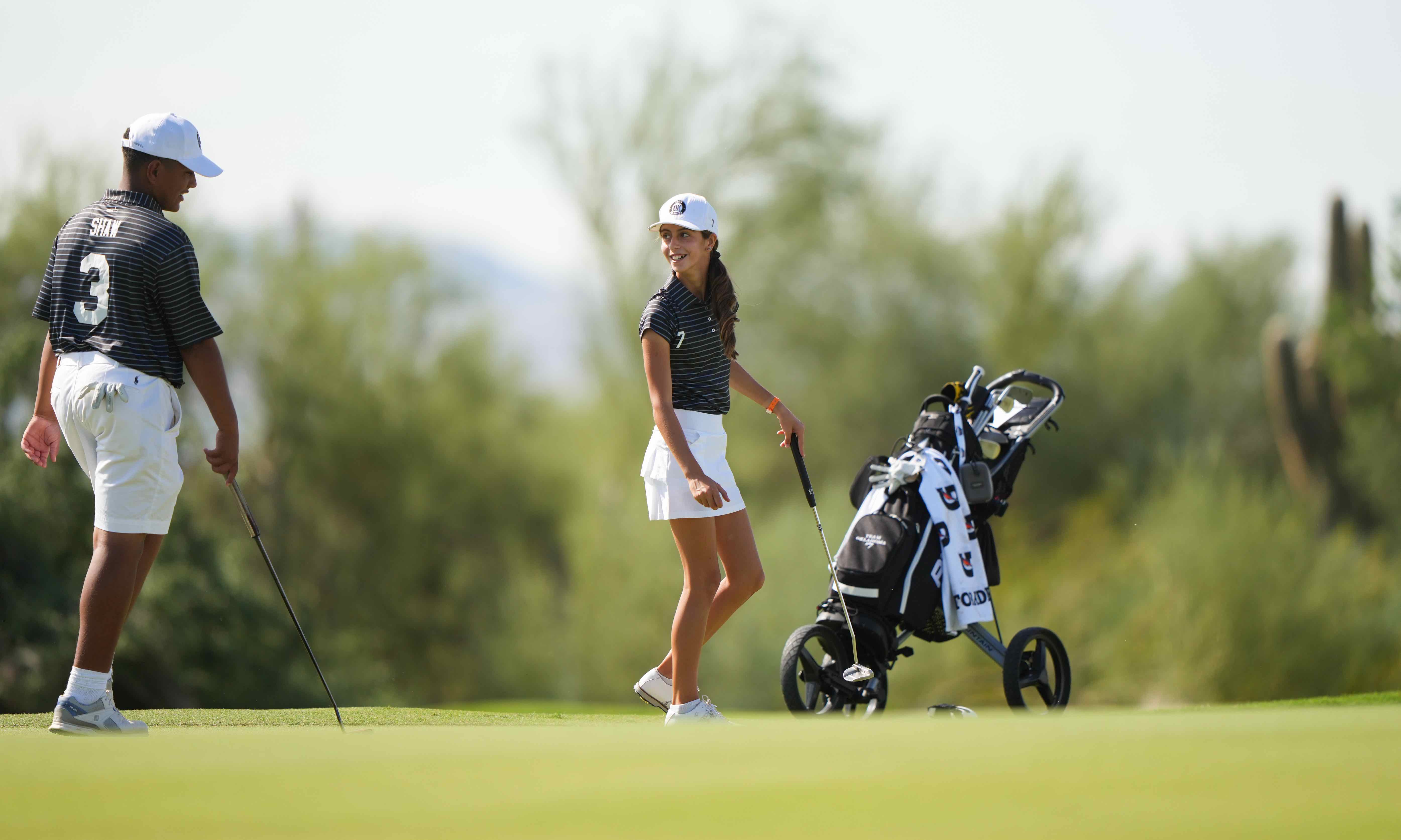 Back to take on the desert for their second Championship appearance, Team Oklahoma (Broken Arrow) leads the pack of 12 teams from across America with an astounding 26-under-par in the two-person scramble, team aggregate stroke play format. Just two shots back and tied for second at 24 under are rookies Team Florida (Orlando) and third-year veterans Team Connecticut (Torrington).

“It’s been fun to watch him enjoy the game, love the game, and love the competition,” said Cary. “It is pretty special as a dad, especially a PGA dad.”

“Oh my gosh it’s been a blast,” added Banks. “Caddying for my dad at the KitchenAid Senior PGA Championship, and then coming here and him being a Coach. It’s really remarkable what we’ve done as a family this year.”

Every single pairing on Team Oklahoma finished under par, with a duo of 11-year-olds, Porter Hart from Broken Arrow and Chase Hughes from Oklahoma City, carding an 8-under day through 18 holes.

“We started a little rough with a bogey on the first hole and shot 2 under on the front nine,” said Hart. “We played really well on the back. It felt like we didn’t miss a putt. We shot 6 under and went 8 under for the day.”

Twice, the Orlando-based All-Stars have suffered crushing losses in the Regionals –– both of which ended in tie-breakers –– to narrowly miss a shot at representing their state at the Championship. They are trying to change that fate this year. 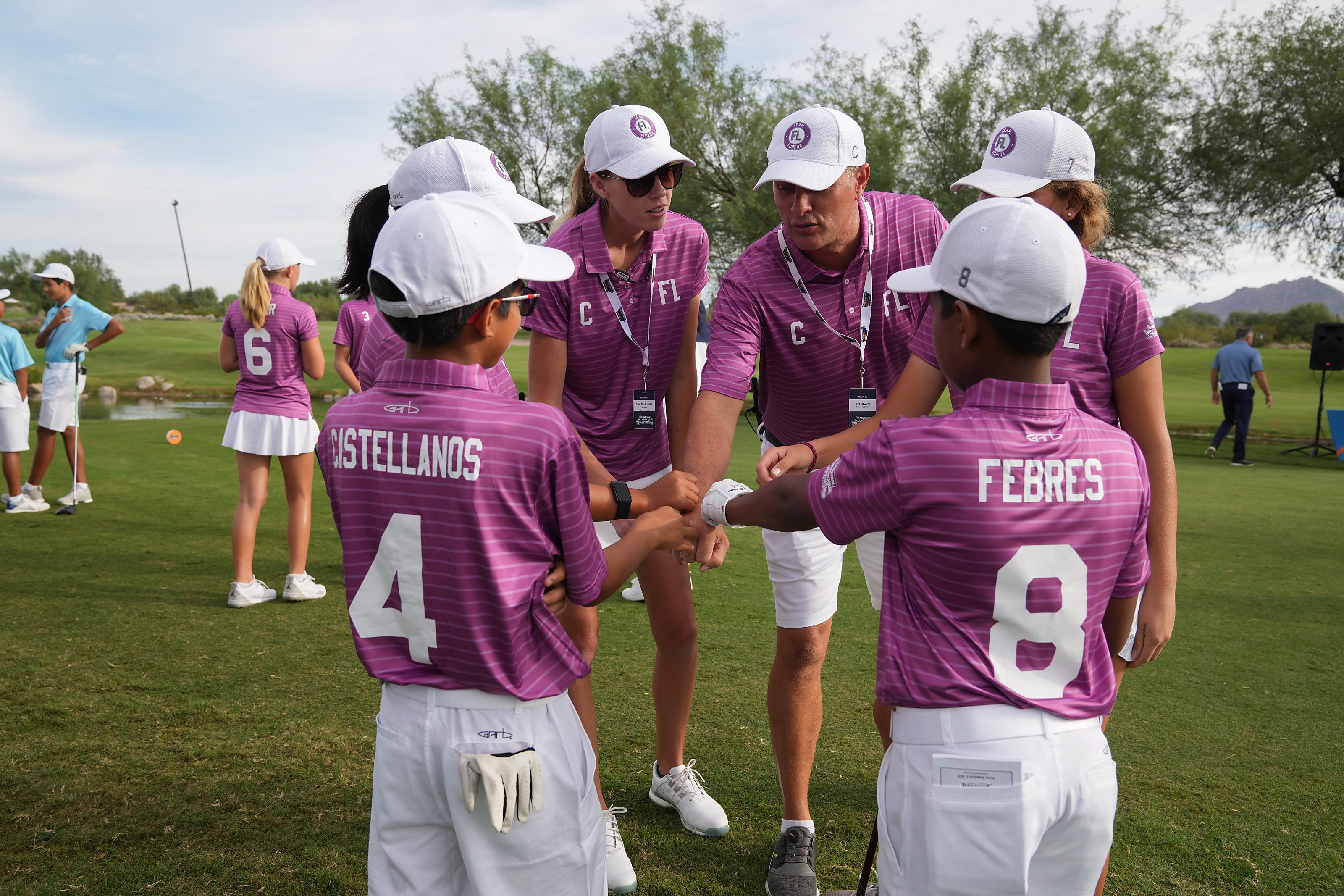 “We’ve been waiting a long time to be here,” said Cori McAuliffe, Captain of Team Florida. “I’ve never seen them laugh and smile so much on a golf course as they have the last couple of days.”

Team Florida duo Josh Castellanos, 11, from Windermere, and Ayden Febres, 11, from Orlando, dropped six birdies through the first nine holes, ultimately finishing at 7 under for the day.

“I just get out there with my driver, he hits the irons well, and we make the putt,” said Febres of his dynamic with his teammate. “If I miss the putt, I know he’s going to make it.” 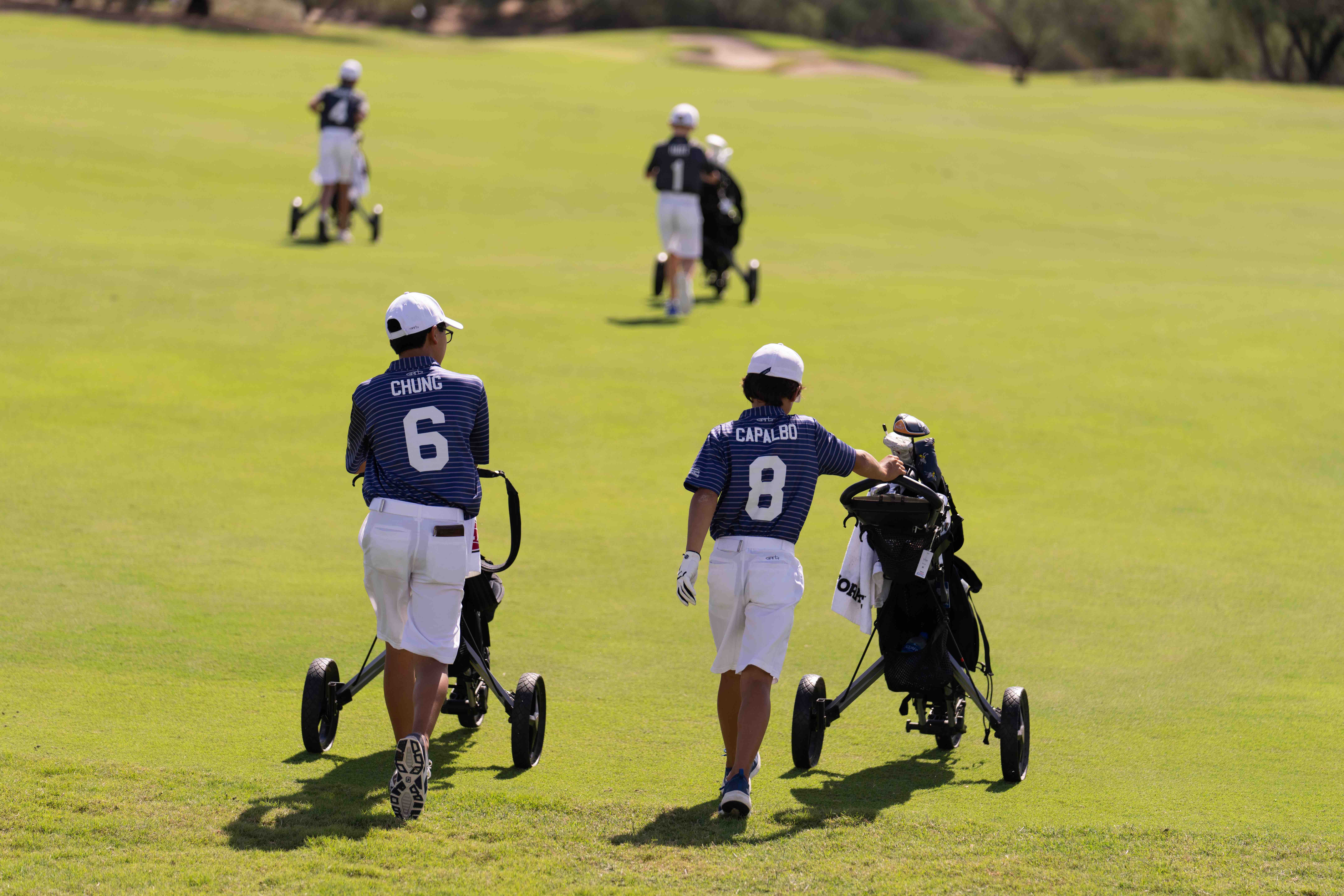 “I’m very lucky, this is my sixth time here, and it just gets better and better,” said Bunel, who made his first appearance at the Championship coaching Team Connecticut alongside current PGA Honorary President and PGA Jr. League Captain Suzy Whaley, who is on-site as an ESPN analyst for the live broadcast. “We missed about a dozen putts from 12 feet and in. The team that will win the trophy at the end of this thing will make every one of them. Hopefully, it will be us.”

Connecticut teammates North Chery, 14, from Monroe, and Robby Rosati, 13, from Stratford, played lights out today, going 11 under, including an eagle on the fifth hole of the day. Teammates Jack Chung, 13, from Greenwich, and Rocco Capalbo, 13, from Westerly (Rhode Island), weren’t far behind at 8 under.

“We had a tough stretch where both of us couldn’t hit an iron shot, but we got it back and made a couple birdies,” said Capalbo. “It was a fun round. We’re just hoping that we can go out and kill it tomorrow.”

“It was a really good day today,” said Song. “We made a lot of putts and got close to the hole with our knock-down shots.”

“It started off a little windy and those first few holes aren’t the easiest, so we got off to a little bit of a slow start,” said Wightman. “The cameras were out. I think we were a little tight, then we started to settle down, and we’re right in the thick of it for tomorrow.”

Live coverage resumes tomorrow at 11:30 a.m. ET on ESPNEWS and continues at 3:30 p.m. ET on ESPN+, with the full schedule below. The top four teams following Saturday’s competition will advance to the Semifinals on Sunday morning for the right to play in the Championship Match on Sunday afternoon. The two teams that do not make the Finals will play in the 3rd place match.

CUB REPORTER KICKS IT ALONGSIDE ESPN TALENT
13-year-old Warren Fisher is here for this third year of Championship reporting, right at home with ESPN’s Suzy Whaley, Michael Collins, Andy North, and Taylor Zarzour. His antics (and reporting) can be seen on PGA Jr. League’s social media channels this weekend: @PGAJrLeague on Facebook, Instagram and Twitter.