Mya Morgan is a Competitive Golfer with a Football Mentality 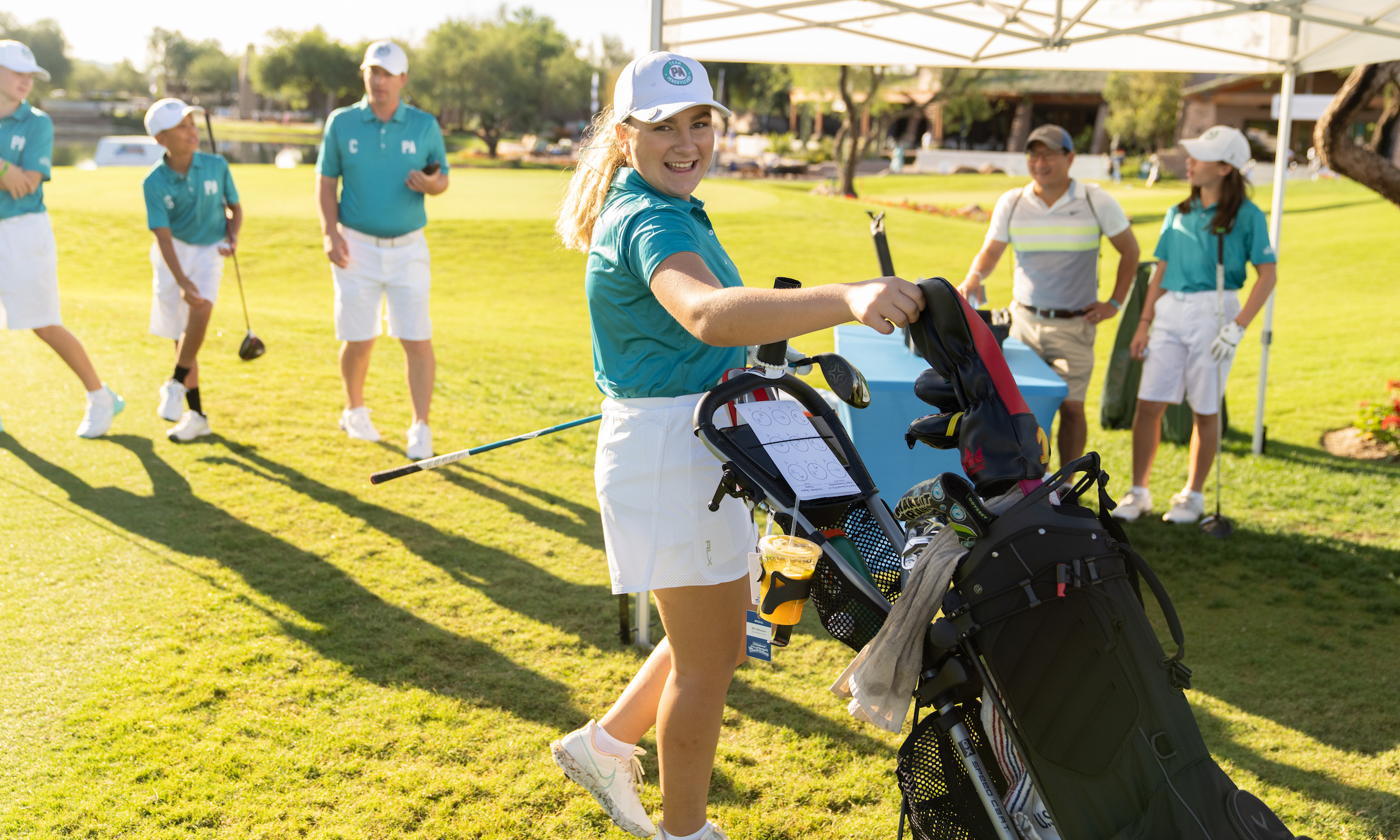 You wouldn’t expect these words to be uttered with such ease from a 13-year-old’s mouth. Yet they flow from Mya Morgan, a competitive golfer and football fanatic, in no particular order.

“Every day we play golf together as a family,” said Mya’s dad, Tony Morgan. “But Sunday is reserved for NFL Red Zone.”

A Western Pennsylvania native from just outside of Pittsburgh, Morgan is representing her state at the National Car Rental PGA Jr. League Championship this week. Born and raised a Steelers fan, she’s watched every game for as long as she can remember. She’s taken such a keen interest in football, though, that her team loyalty stretches a bit.

“Last year was my first year doing fantasy football, and I picked Kyler Murray as my QB,” said Mya. “So now I root for the Arizona Cardinals, too.”

Tony’s love of the game of golf can be traced back to high school, when he needed a job that didn’t interfere with his football practice and game schedule. That’s when his 28-year career as a caddy at the prestigious Oakmont Country Club began. 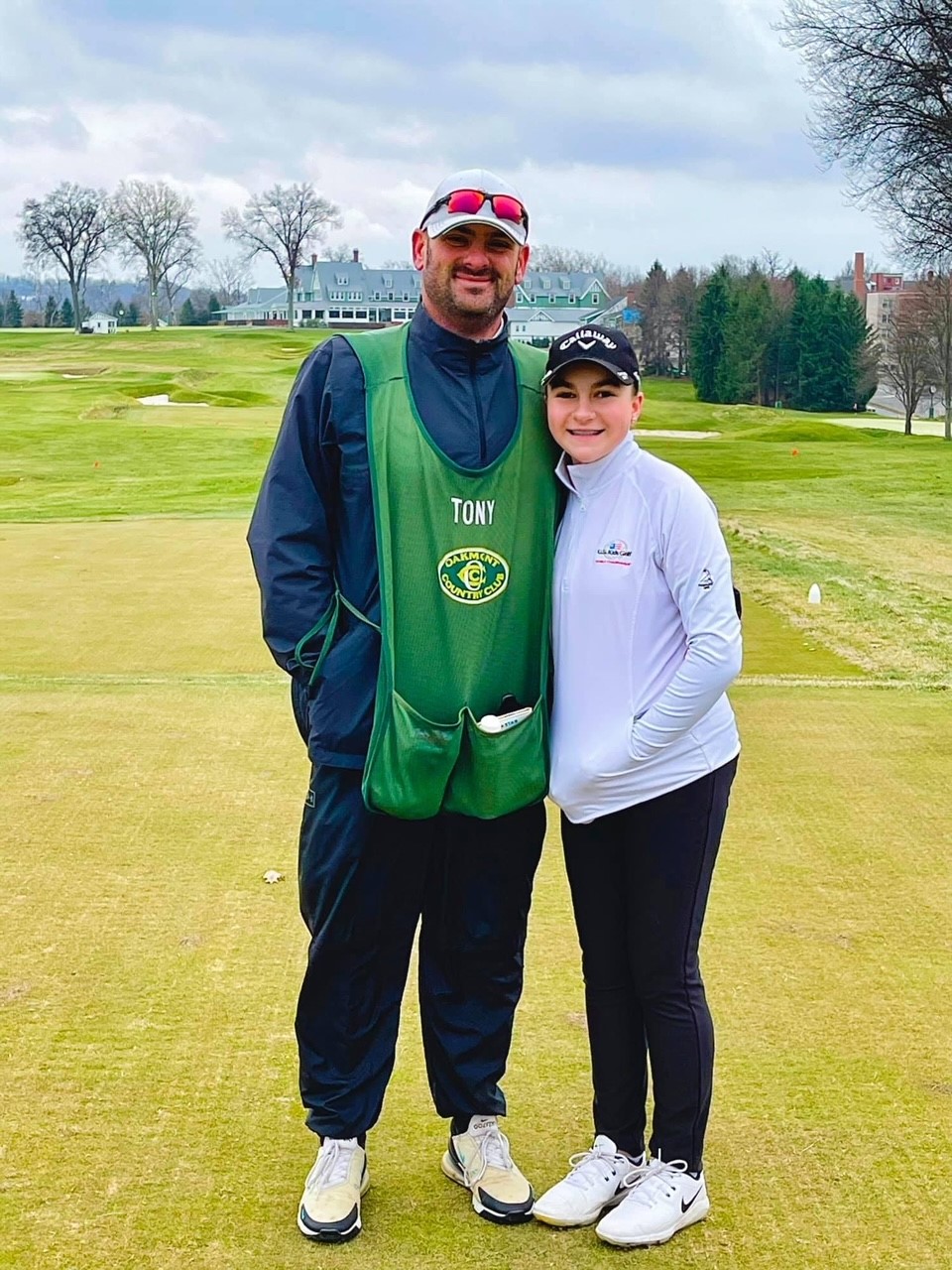 The recipient of a sports management degree, Tony and his wife, Nicole, were looking for something athletic their family could enjoy outside together. With their sole child Mya at the forefront of his mind, it dawned on him that girl golfers stand a better chance at college scholarships, and golf is a sport the family can play together. So, he let Mya’s love grow organically. If she didn’t want to play or lost interest, she collected sticks. No pressure, and no expectations.

Mya’s earliest memory of the game was a chip-in from a greenside bunker that towered over her tiny figure.

“I swung my first club at 18 months, and ever since then, golf just clicked,” she said. “Eleven years in the making has brought me here.”

Mya ventured into soccer, basketball and ultimately dance. She credits all of these activities for helping her become the golfer she is today, contributing to her fundamental movements, flexibility and overall athleticism.

Now in her third year of PGA Jr. League and having come from the competitive junior golf circuit, she loves the team aspect of the program the most.

“You always have a shoulder to lean on,” she said. 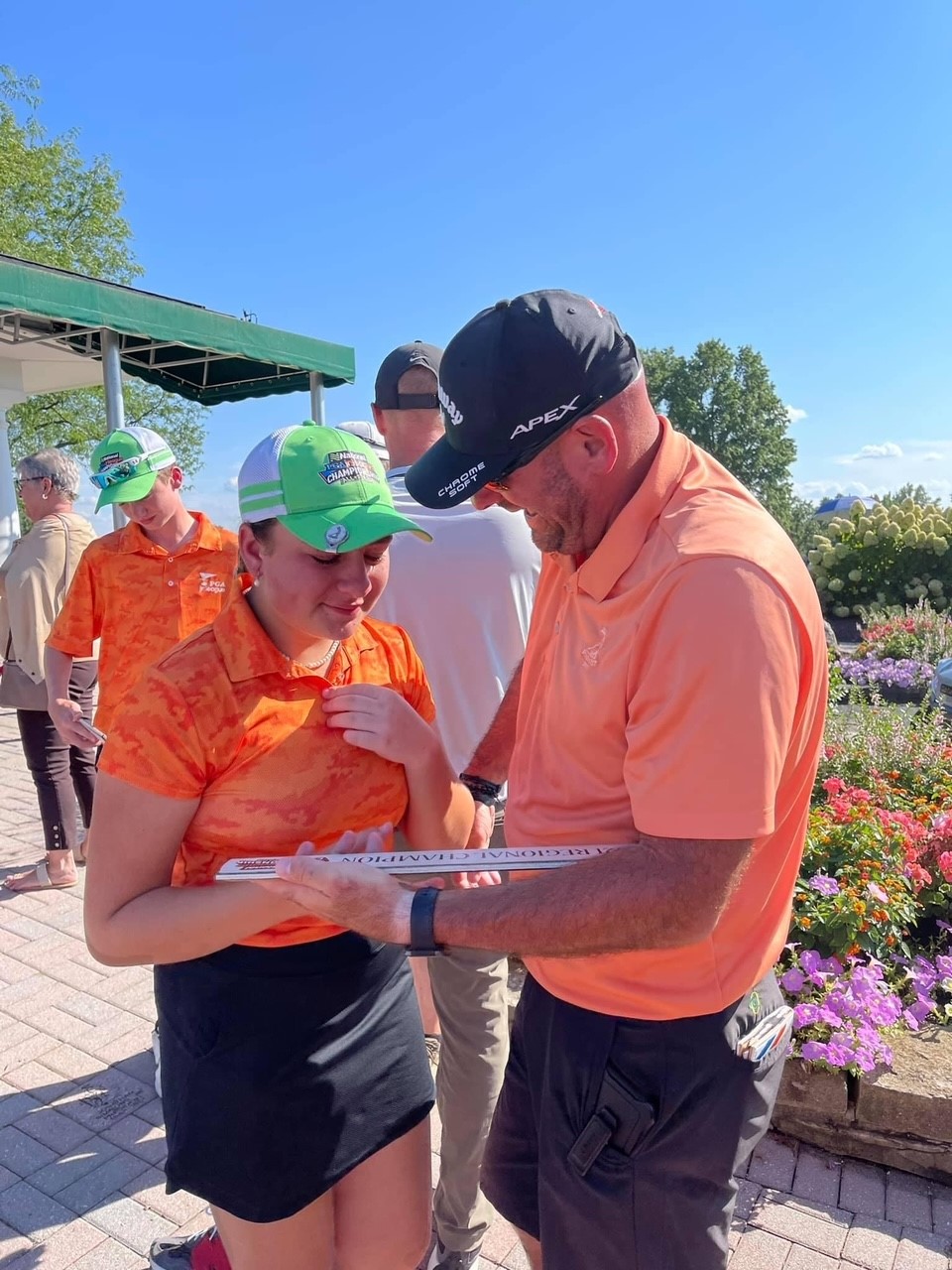 She’s grown quite used to being underestimated as a girl, but that doubt fades quickly with her 101-mph swing speed and consistent 275-yard drives. Both Tony and Nicole refer to their daughter as a “bomber.”

“At the competitive level, sometimes they look at me like I’m supposed to be here,” said Mya. “I might look adorable on the outside, but on the inside, when my serious face is on, even my own teammates don’t want to approach me.”

While Nicole, a former social worker and current healthcare executive, is extremely proud of her daughter’s dedication to the game, she looks even more fondly on the confidence, motivation and social skills it has instilled in Mya –– and her teammates –– from a young age.

“These kids are motivated, they’re intelligent, and always well behaved,” said Nicole. “They truly understand the importance of etiquette both on and off the course. I also haven’t met a child who enjoys golf and does poorly in school. It’s great from an academic standpoint, too.”

Tony brings his football mentality to his relationship with his daughter. Always give firm handshakes. Prioritize sportsmanship, but not without a competitive mentality. Stay in control of your emotions and act appropriately in stressful situations.

The closeness of their caddy-daughter relationship is one built on trust, something Nicole echoes.

“My husband is incredibly relaxed,” she said. “He’s the fun parent, and I’m the not-so-fun parent. Their relationship is similar on the course, and they’re inseparable at home. You couldn’t ask for a better foundation between those two.”

While she has aspirations to play on the LPGA Tour one day, Mya has a solid backup. That dream job? An NFL broadcaster, of course.

In fact, Tony caddied for ESPN’s Michael Collins a few years ago at Oakmont, who is in his second year of on-site talent work for the network’s coverage of the 2021 National Car Rental PGA Jr. League Championship. For the first time, the Championship will air live on ESPN2, ESPNEWS and ESPN+ Friday-Sunday (Oct. 8-10).

One of these days, Mya might just be gunning for Collin’s job. Until then, she’ll settle for a national title for her team.

The Championship begins with a Skills Challenge and Welcome Party hosted by National Car Rental on Thursday, Oct. 7. For a full ESPN2, ESPNNews and ESPN+ live broadcast schedule and more information, visit PGAJrLeague.com/Championship.