Team North Carolina's Graden Lomax Has a Fan in the G.O.A.T. 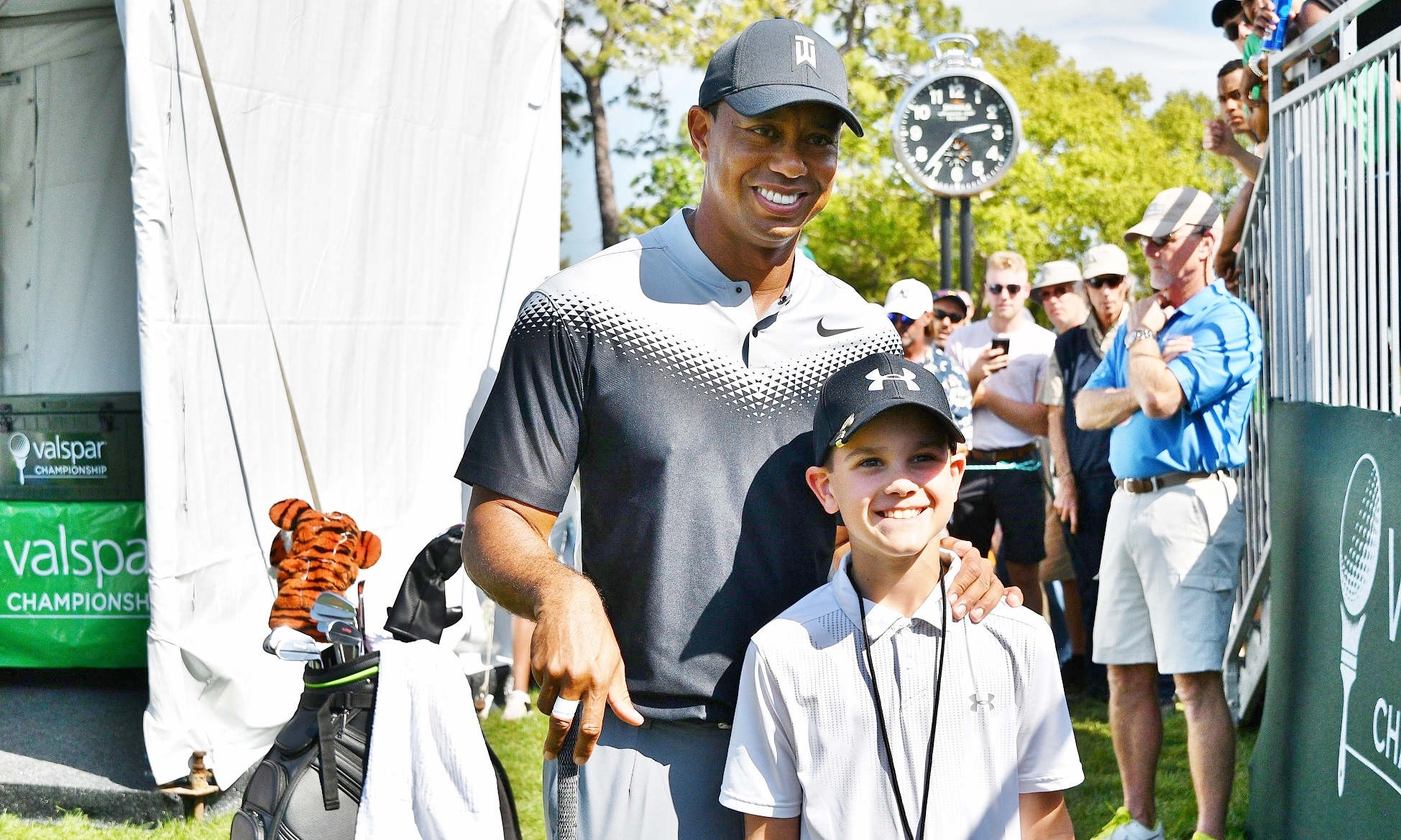 A simple gesture led to a passion that has helped hundreds.

Graden Lomax is gearing up to compete in the National Car Rental PGA Jr. League National Championship at Grayhawk Country Club this weekend for Team North Carolina. But he may not be there without a little encouragement from Tiger Woods.

When Graden was 4 years old, he attended the 2013 Deutsche Bank Championship (now the Dell Technologies Championship) where Tiger was playing.

"The first time I met Tiger, he hit his drive in the rough,” Graden said. “My dad and I were right next to his ball. I started doing practice swings, and he walked up to me and said, 'You've got a good turn, keep it up.' On the next tee, there was a concession stand set up for the players, and he asked me if I was hungry.. I said, ‘Yes.’ So, he went and got me a burger. After he hit his tee shot, he also tossed me a [drink].."

“After that round, he asked his caddy to give me a ball, and his caddy walked back to the 18th fairway to find me, gave me the ball and told me Tiger wanted me to have this. It was pretty special." 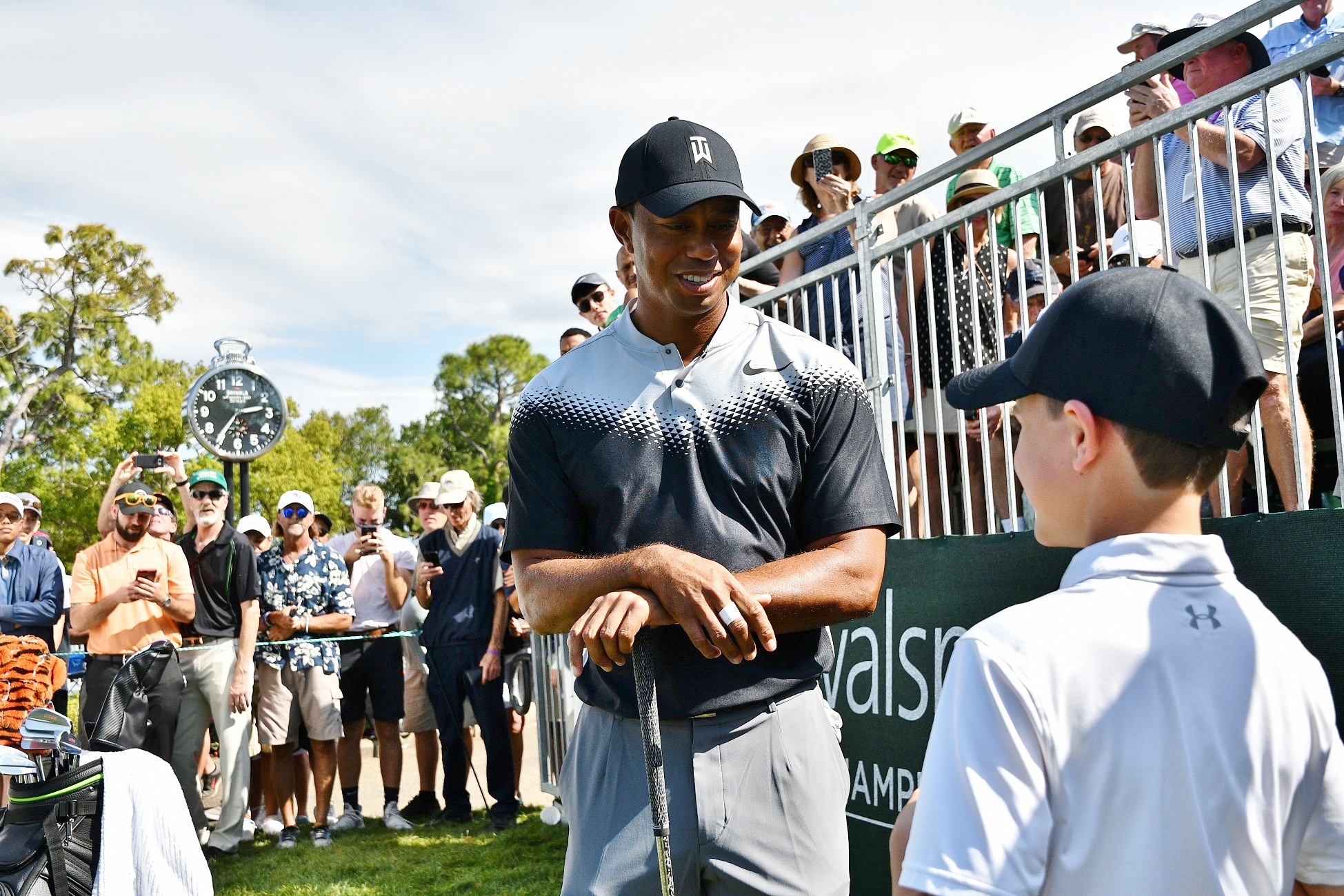 What started with a simple gesture inspired Graden to start playing golf competitively at the age of 4, and it turns out he did have a good turn. Graden went on to win two U.S. Kids Golf  European Championships in 2016 and 2017, as well as a U.S. Kids Golf World Championship in 2017.

But 2013 wouldn't be the last he saw of Tiger. They would meet again at the 2018 Valspar Championship, where the legend went out of his way to meet Graden for the second time.

"I had a friend that knows Tiger's agent, and he mentioned to him how well Graden had been playing, so Tiger sent us an autographed hat to our house out of the blue,” Graden’s father, Denton, said. “When they realized we were in Tampa, [Florida], they reached out and asked if we wanted to meet Tiger behind the ropes at the Valspar Championship."

There, Graden had a one-on-one conversation with one of the greatest golfers of all time. And it changed his outlook on golf.

"He was really nice,” Graden said. “We talked about Worlds, and he asked me how many strokes I won by, and I told him five strokes. He told me to keep working hard, and I really took that seriously. The first time I met him, it made me want to play. This time, it pushed me to want to be better. It pushed me to want to practice more and harder."

From then on, Graden became devoted to his game, picking up another U.S. Kids Golf  European Championship in 2019. However, it became clear that he also could utilize playing the game that he loves to help others. One day, he saw an ad for a charity and became inspired to create a charity golf tournament.

"I started asking myself if that was something I could do. I asked my dad about it," Graden said. "I wanted to do it Ryder Cup style, alternate shot and best ball, then scramble and solos. My friend picked the Nicklaus Children’s Health Foundation as the charity, and we went from there."

"We found out the AJGA does a state cup series, but they did not have a Florida event, so we reached out to them, and they helped us form the Florida Sunshine Cup," Denton  shared. "We reached out and found some of the most elite players in the state, invited them, and got about eight families on board to start the event and to recruit other players."

What started as a whim and a desire to play more golf became the Florida Sunshine Cup, a largely successful partnership with AJGA, drawing some of the best junior golfers in Florida and creating real change in the lives of many. The event has raised more than $115,000 in its two years of existence, and that number will climb after this year’s event in November.

The tournament also raises funds for the AJGA ACE Grant program, which gives funding to golfers to be able to compete that otherwise wouldn't be able to afford to play the tournaments.

As Graden put it: "It's inspiring to use something you love to help others."

The love of match play and team golf that inspired such a tournament has carried over into his participation in PGA Jr. League--something he enjoys immensely.

"My partner's name is Grayson. He's been one of my friends since I was 9, and I got partnered with him this year," Graden said. “To have him as my teammate is really, really helpful, because if I hit a bad shot, he's always there. He hits a bad shot. I'm always there. It's just, it's a lot more fun in a team setting."

What's left for Graden this year? To win at Grayhawk.

"We have a really strong team,” he said. “My partner and I are feeling good. My team's feeling good. We're going to win this thing."