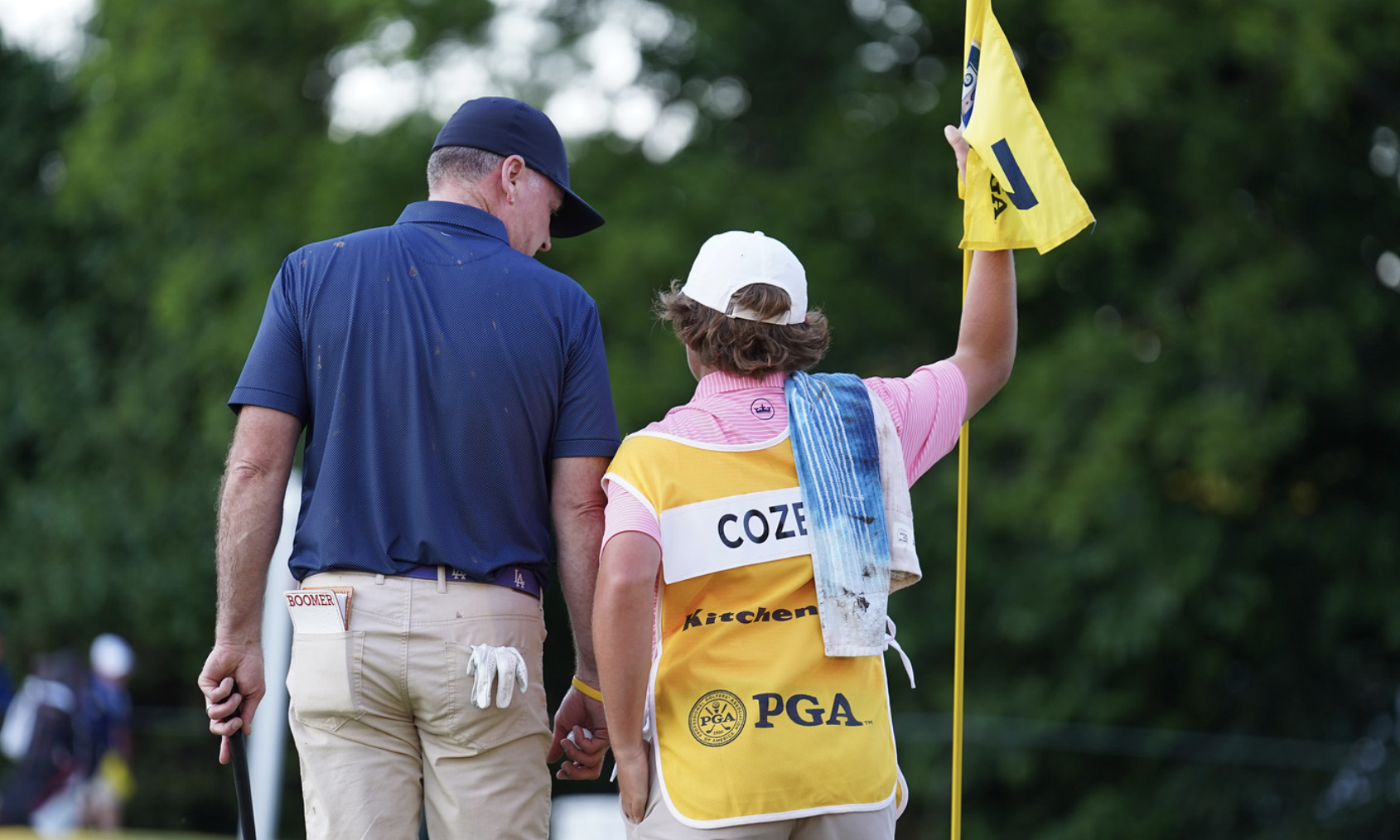 Golf runs deep in the Cozby family. For Cary Cozby, PGA, and his son Banks, it's a lifestyle.

Cary, the 2016 PGA Golf Professional of the Year and son of PGA Hall of Fame Member Jerry Cozby, PGA, serves as head professional at Southern Hills Country Club in Tulsa, Oklahoma--site of the 2022 PGA Championship. His son, Banks, has inherited his love of the game.

The father-son duo are headed to Grayhawk Golf Club in Scottsdale, Arizona, this week to compete in the 2021 National Car Rental PGA Jr. League Championship, as Cary takes on coaching duties while Banks will compete in his first team Championship.

This isn't the first time they've worked together on the course. Banks served as Cary's caddy at the 2021 KitchenAid Senior PGA Championship at Southern Hills, obviously a familiar track for Cary.

Cary Cozby Vignette- Round 2 Broadcast on GOLF from PGA of America on Vimeo.

"The first time I ever went to a golf tournament was at Southern Hills for the U.S. Open in 1977,” Cary said. “So, it was pretty special for me to get to compete there against the best in the world. It was also special for me as a dad. It’s a memory I cherish, and one that I know he will too."

"It was so special to see my dad playing against all those legends from the PGA Tour,” he said. “It was so amazing."

But he wasn't always so keen to be on the course. Banks tried other sports before ultimately deciding to focus solely on golf. Perhaps it's in his DNA, but he was never pushed toward the game.

"Golf was never forced upon me," Banks shared. "I could really play any sport that I wanted, but I found a love for golf so I decided to focus on that, and I really love it."

Now, as they head to the Championship in their new roles, Cary and Banks are optimistic about their chances and share a deep appreciation for what PGA Jr. League does for the game and those who participate in it.

"In my opinion, outside of doing your best at your club everyday, PGA Jr. League is the best thing we as PGA Professionals can do to grow the game because it really starts from the ground up," Cary said. "It’s just remarkable, the formatting, the fun the kids and parents have. It’s just a safe environment for them to grow a love of the game."

For Banks, PGA Jr. League offers a chance to develop his golf game, spend time with his father and form lifelong friendships.

"There’s nothing like team golf,” Banks said. “Usually when you play golf, the only person you have is you, but the bonding that happens in Jr. League is amazing. The golf is great, but getting to know your teammates and playing towards a common goal with them is truly an amazing experience."

As for their chances this week? Banks is confident.