How PGA Jr. League Coach Susan Stagni’s love for golf fuels her passion to pass it down to the next generation 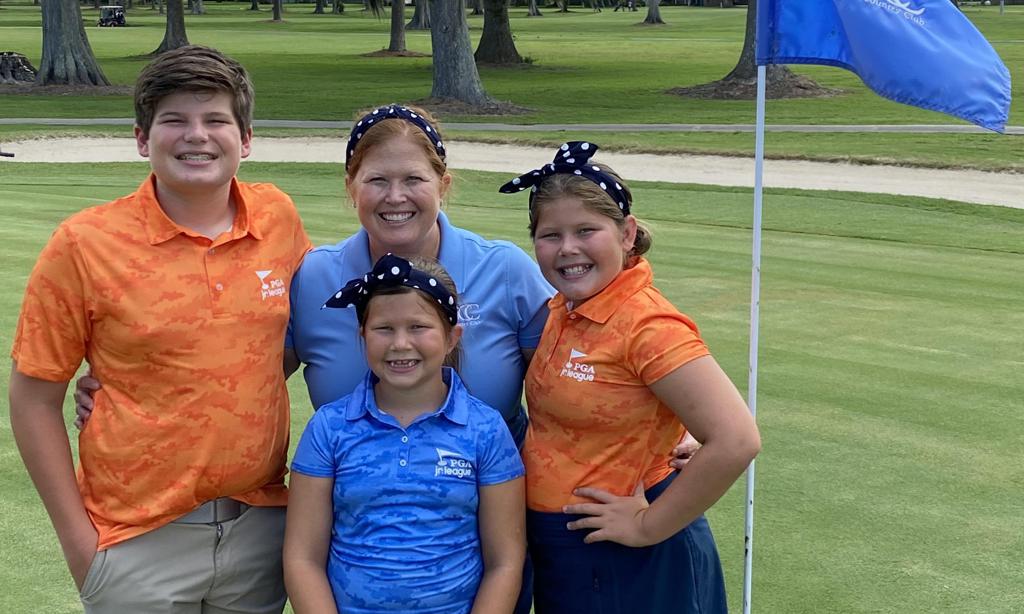 A former collegiate golfer, Susan Stagni is passionate about three things: golf, teaching and her children. As a PGA Jr. League Coach, she’s found a way to combine all three.

“I'm just in heaven because I get to do what I love all day and then go to the golf course in the afternoon,” Stagni said. “I get to see the growth [in the players] from the beginning of May to the end of the summer. It's such a cool thing—and I get to spend a lot of time with my kids.”

“We don't have a Pro, but we are able to work with Matt Williamson, PGA, at Bayou Oaks, and our board is letting this grow here, and that's just incredibly awesome,” Stagni said. “My vision is to continue to grow and see more and more kids fall in love with the game of golf.”

For Stagni, that’s a big part of the appeal of PGA Jr. League. The program’s emphasis on having fun helps to build a lifetime love for the game, Stagni says, and the fact that players of various skill levels can play in the same league makes it accessible.

“If you've never played golf, you can still come out and have fun and learn the game,” Stagni said. “But also, if you've played golf for five years and you're doing it competitively, you're still being challenged. We're able to differentiate through the program. It's open to all skills and age levels, and they're all playing matches and learning and growing.” 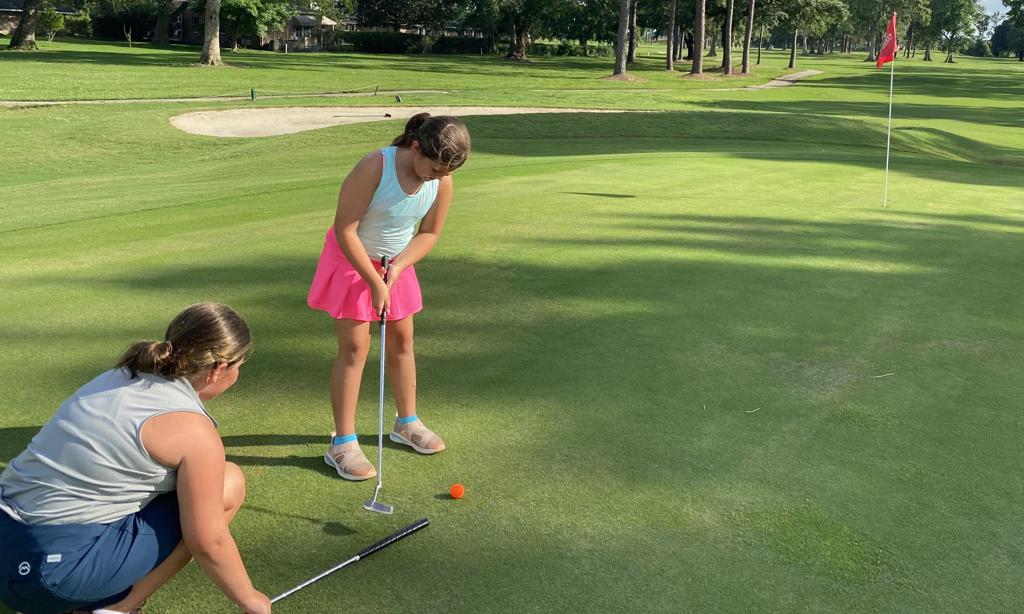 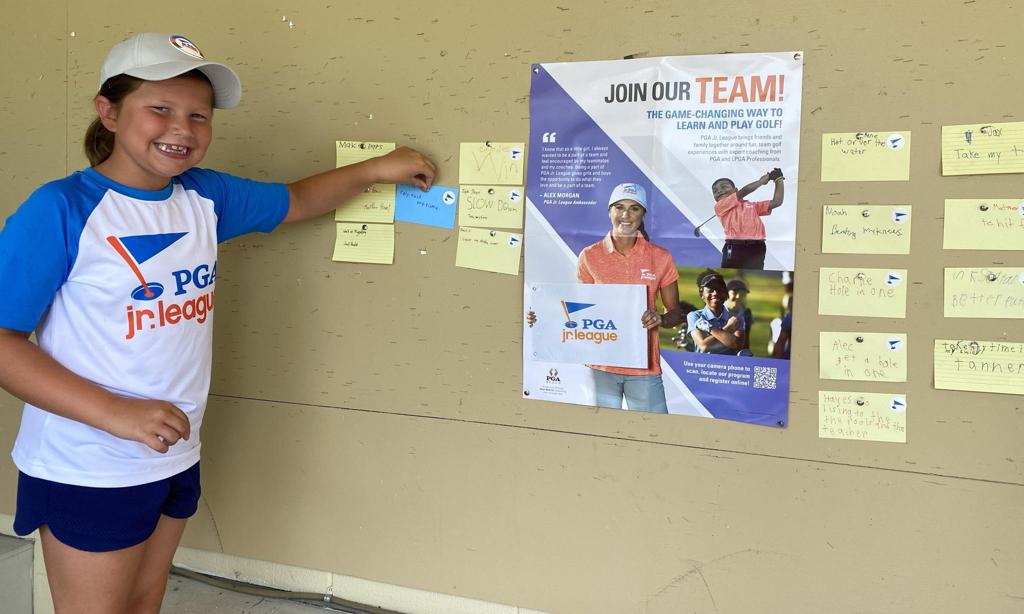 “If you've never played golf, you can still come out and have fun and learn the game. But also, if you've played golf for five years and you're doing it competitively, you're still being challenged. We're able to differentiate through the program. It's open to all skills and age levels, and they're all playing matches and learning and growing.”

For Stagni, one of the greatest joys of being a PGA Jr. League Coach is getting to watch her players achieve their goals. At the beginning of each season, Stagni invites each player to set an individual goal, specific to his or her skill or competitive level. The goals cover the spectrum, from a player who wants to work on his grip to another who wants to lower her score.

“We actually have a hole on our golf course that you have to hit over the water to get on the green. For so many of my players, that's their goal: to hit it over the water,” Stagni said. “I have a player who every time he hits the ball, he hits it into the water. Yesterday, he walked up to the hole like Babe Ruth, and he pointed to the green and he said, ‘I'm getting it over.’ And I promise you, he hit it within five feet of the hole. He looked at me—I have goosebumps talking about it—and his face was priceless. It was just an amazing thing to witness. Those are the moments that make all of this so worth it.”

The mother of a 13-year-old, 10-year-old and 8-year-old, Stagni also enjoys being able to coach all three of her children in the same 13u league. “In what other sports could you coach all three of your kids at the same time?” she says. While Stagni loves watching her children “bump up their games,” she’s more encouraged by the relational skills her kids are building.

“They’ve learned about teamwork and how to talk to each other through that two-person scramble format,” Stagni says. “They learn to communicate. It's so cute when my 8-year-old is telling my 10-year-old something, and they're listening to each other and respecting each other.”

While the club’s PGA Jr. League program has doubled in size since it began, Stagni says it’s helping to grow the club in other ways. More and more moms are signing up for her Ladies League, and she’s noticed an uptick of families enjoying the course together.

“I have dads who will say, ‘I haven't played golf in three years, but since my son started taking lessons, we've been playing on Saturdays together,’” Stagni said. “[Golf] really is a game that the whole family can play together.”