Growing Up Through PGA Jr. League

How 13-year-old Luke Hasan found his “home” with his PGA Jr. League team through five years in the program 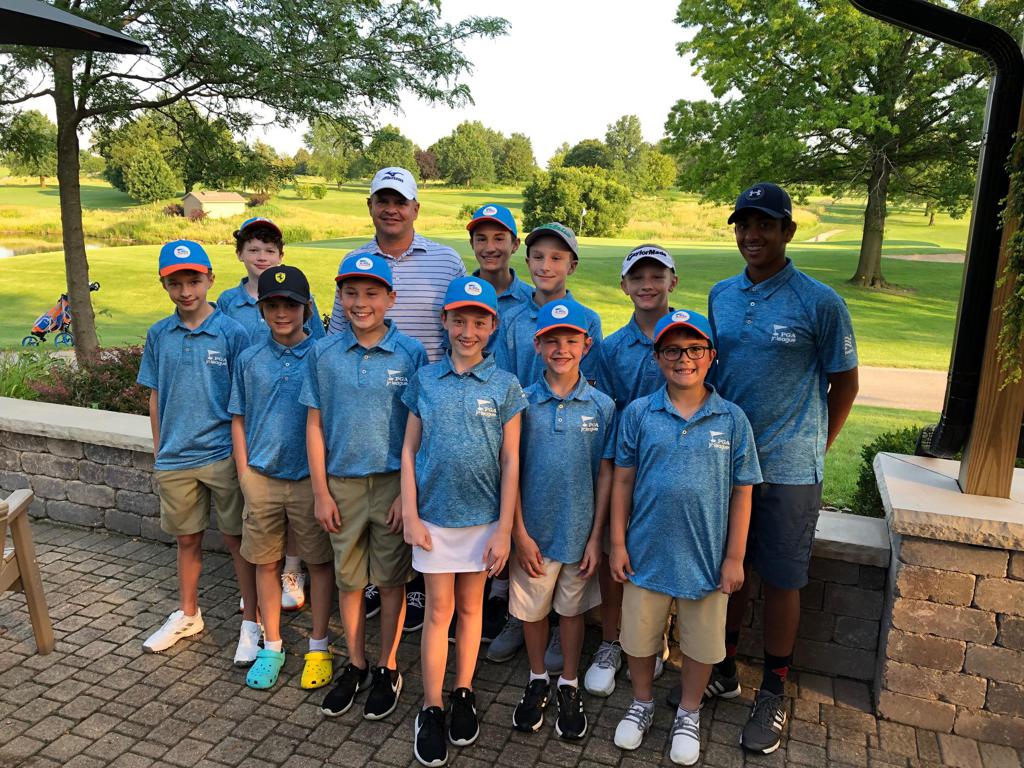 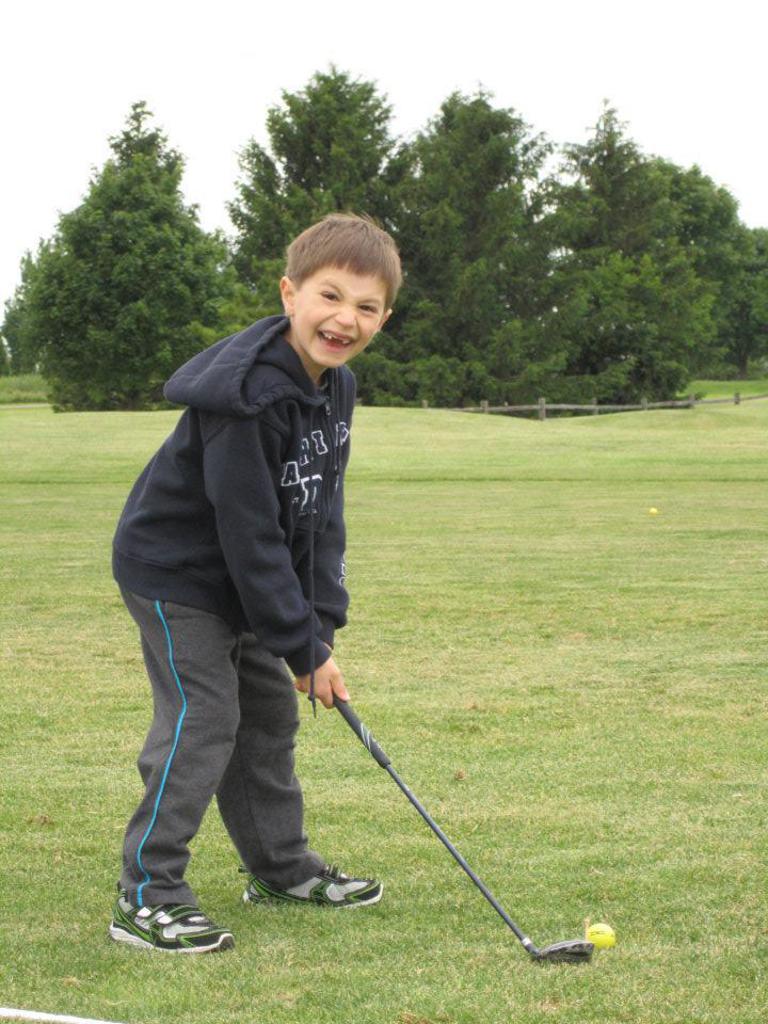 Luke was thrilled to take part in his very first golf clinic at 6-years-old! 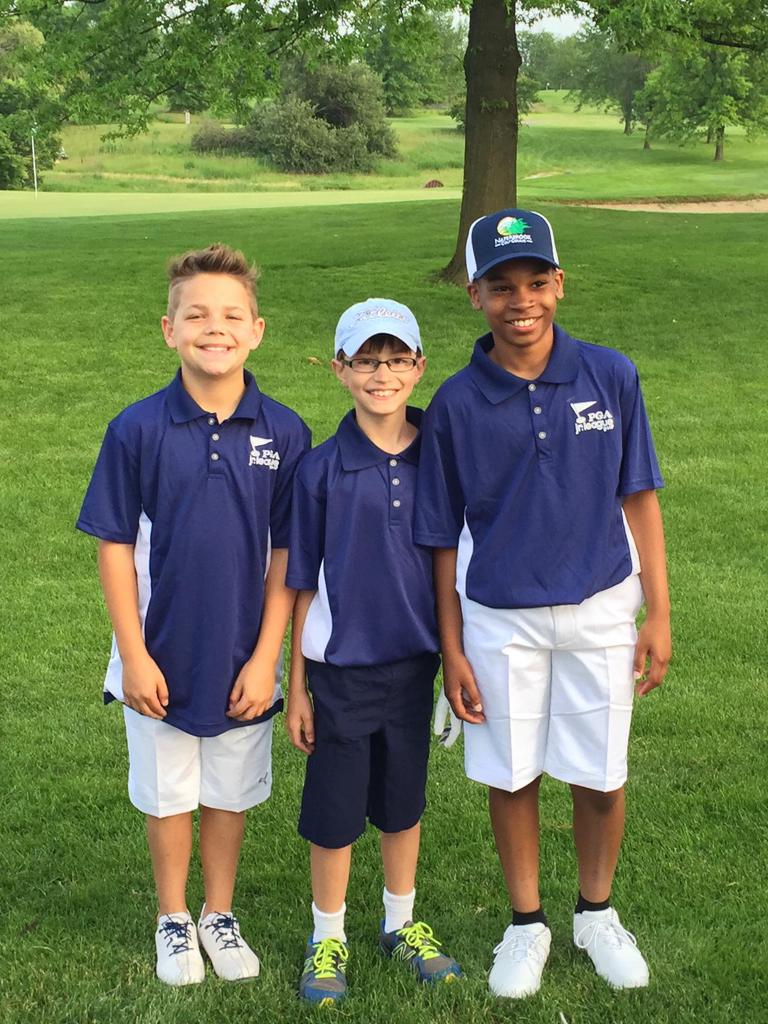 Luke Hasan has been playing golf since he could hold a club. At 3, he was going to the driving range with his dad. By 5, he was hacking up the backyard on his own.

Luke’s mom, Allison, found out about PGA Jr. League through her local parks district in Naperville, Illinois. The minute Luke met the minimum age requirement, she signed him up. Over the next five years, he was on three different PGA Jr. League teams before finding his perfect fit at Springbrook Golf Course.

Luke’s PGA Jr. League Coaches were a big part of what made his experience so great.

The Coaches were fabulous. Their mindset was to let them have fun but turn them into golfers at the same time. They threw a pizza party at the end of the season, they kept us informed throughout the season… you can tell they really enjoy it. They let kids be kids, but they also provide valuable coaching.

Luke echoes his mom’s sentiments. He credits his PGA Jr. League Coaches, along with his dad, with teaching him most of what he knows about golf – and that includes the etiquette side of things. PGA Jr. League allows you to “improve your game and yourself as a person,” he added.

Allison adds that as a parent, safety is very important and she trusted his Coaches through the program. On-course play and instruction in both the game and the lessons it teaches are important, too. It’s hard to take Luke to play golf multiple times a week, particularly with two other children, but PGA Jr. League provides a well-rounded experience so that she’s not stretched thin.

With two other children, Allison’s time can feel stretched thin. But PGA Jr. League has provided Luke what she describes as a “well-rounded experience,” involving both instruction and on-course play, that makes things easier.

“Everything about the program makes it easy for parents to manage,” she added. “It’s a great way to put golf, which sometimes doesn’t feel manageable, into a manageable package.”

Allison loves that the team environment has provided a setting for her son to make new friends each year. She adds that Luke is a natural-born encourager, something that’s evident when you ask him about his favorite PGA Jr. League memory.

In his second-to-last match, he and his teammate were competing against two other boys. When one of  his competitors hit a great fairway shot, off the tee, Luke immediately turned to congratulate him on a great shot.

“He said it was weird that I was complimenting him, because the other teams only encourage their own players,” Luke said. “He thought it was nice that I was encouraging him, and that made me feel really happy. It was rewarding.”

The main life lesson he took away from his five years playing on a PGA Jr. League team?

You need to be a team player. Even though golf is an individual sport, PGA Jr. League has allowed me to become even more of an encourager. It’s taught me to lift everyone else up. You want everyone you’re playing for and against to have as much fun as you are.