The Championship entry fees will be $500 per player and will include lodging. 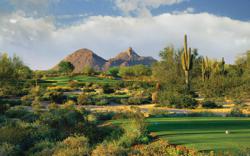 Grayhawk Golf Club has hosted the National Car Rental PGA Jr. League Championship since 2016. Grayhawk has also been the site of the PGA Tour’s Frys.com Open, Andersen Consulting World Championship of Golf, Williams World Challenge (which benefited the Tiger Woods Foundation) and the Thunderbird International Junior. The Tom Fazio-designed Raptor course at Grayhawk offers a thrilling challenge that commands a player’s respect through a game of risk and reward. The par-72 course unfolds over the gentle hills and across shaded natural washes typical of this corner of the beautiful Sonoran Desert. In 2015, Fazio collaborated with Dennis Wise on a redesign and relocation of Hole Nos. 15, 16 and 17.

PGA Jr. League began in 2011, with teams competing in Atlanta, Tampa, Dallas, and San Diego. The inaugural PGA Jr. League "World Series" was held in September of the same year at TPC Sugarloaf in Duluth, Georgia, which was captured by the Atlanta team.

The first-ever PGA Jr. League National Championship was held in 2012 at Cog Hill Golf & Country Club among six Regional Champions. It was captured by Team California.